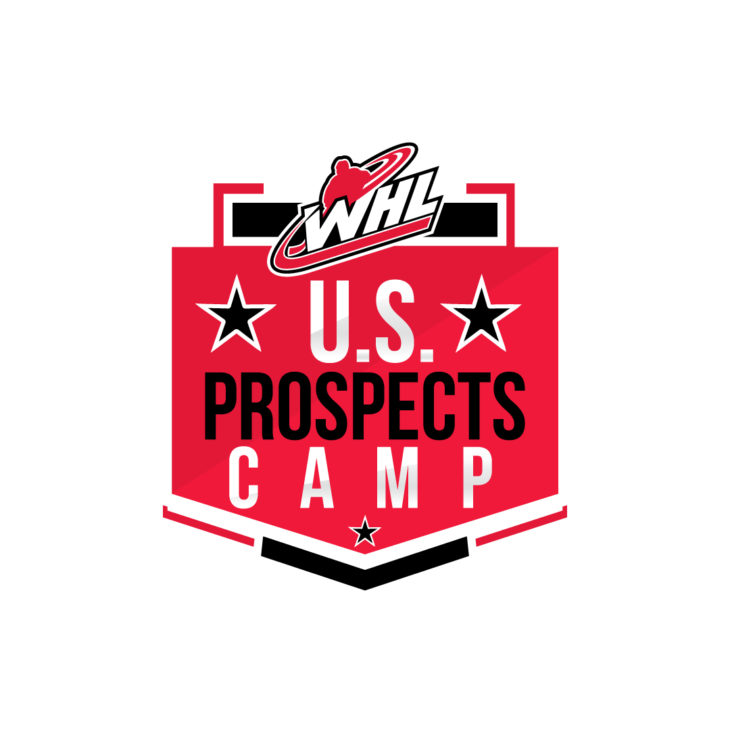 Calgary, AB – The Western Hockey League is now accepting applications for the 12th annual WHL U.S. Prospects Camp, scheduled for April 14 – 16, 2018, in Anaheim, California. This is a unique opportunity for 2003-born U.S. hockey players to participate in scrimmages, on/off-ice skills and fitness tests with other top-ranked players.

The WHL is the largest Major Junior hockey league in North America and is a leading supplier of player talent to the National Hockey League. This will be the final evaluation opportunity conducted by the WHL in the United States prior to the 2018 WHL Bantam Draft. All of the WHL’s 22 Member Clubs will have their General Manager or Head Scout in attendance to evaluate players at the Prospects Camp.

Testing results will be entered into a WHL database that will allow players to view their results online and compare their scores to other players within their age category (2003) across western Canada and the western United States.

“The WHL U.S. Prospects Camp provides our WHL Clubs with the opportunity to evaluate top prospects throughout the Western United States who are eligible for this year’s WHL Bantam Draft,” commented WHL Commissioner Ron Robison. “It is important we provide these young hockey players every opportunity to learn more about the benefits of playing in the Western Hockey League, including details on our WHL Scholarship.”

The camp will begin Saturday morning, April 14, and will conclude mid-afternoon on Monday, April 16. During this period, players will participate in three scrimmages, a practice, and Nutrition Seminar, and a WHL Prospects Information Session, where players and their families will learn about the benefits of playing Major Junior hockey – the highest level in the Canadian system. WHL Head Coaches and trainers will serve behind the benches of each camp team and the WHL will also be sending WHL referees to officiate the games. The WHL Combine Team, operated by Okanagan Hockey Schools, will conduct the off-ice and on-ice combine testing utilizing the SportTesting Inc. technology platform.

Over the coming weeks, the WHL will continue to accept applications, and from the pool of players, WHL Scouts will invite 84 players to attend the WHL U.S. Prospects Camp. This camp is by invitation only. Those who receive official invitations will be asked to submit payment for the camp ($325 USD) to the WHL. Please do not submit payment until you receive a formal invitation from the WHL Office.

For those players interested in participating in this year’s WHL U.S. Prospects Camp, please complete the Online Player Application Form by February 25, 2018

*Attending this camp does not affect a player’s NCAA eligibility, nor does speaking with WHL Office or Club staff.

About the Western Hockey League

The Western Hockey League started with just seven teams based in the provinces of Saskatchewan and Alberta in 1966. The WHL now has representation in all four western Canadian provinces and U.S. states of Oregon and Washington. The WHL consists of 22 Member Clubs with 17 based in Canadian markets and five in the U.S. Pacific northwest. The WHL is a member of the Canadian Hockey League (CHL), whose membership is comprised of three Major Junior hockey leagues: Ontario Hockey League (OHL), Quebec Major Junior Hockey League (QMJHL) and the Western Hockey League (WHL). At the conclusion of each League’s playoffs, the CHL hosts the MasterCard Memorial Cup, which is a National Championship tournament involving each League champion in addition to the tournament host Club. For further information, please visit WHL.ca.

Background on the WHL

Background on the WHL

THE FOLLOWING IS BACKGROUND ON THE WESTERN HOCKEY LEAGUE (WHL):