The Western Hockey League started with just seven teams based in the provinces of Saskatchewan and Alberta in 1966. The WHL now has representation in all four Western Canadian provinces and the U.S. States of Oregon and Washington. The WHL now consists of 22 member Clubs with 17 based in Western Canada and 5 in the U.S. Pacific Northwest.

The WHL is a member of the Canadian Hockey League (CHL) whose membership is comprised of three Canadian-based major junior hockey leagues: Ontario Hockey League (OHL), Quebec Major Junior Hockey League (QMJHL) and the Western Hockey League (WHL). At the conclusion of each League’s playoffs, the CHL hosts the Memorial Cup Presented by KIA, a National Championship tournament involving each of the three League’s Champions and the tournament host.

Since its inception, the WHL has been regarded as one of the finest player development Leagues in the world and continues to not only be a leading supplier of talent to the NHL, but to Canada’s National teams at all levels as well.

The WHL offers top young prospects in Western Canada and the U.S. the opportunity to reach their full potential both on and off the ice, by providing an ideal environment to develop as a hockey player while not compromising their academic goals.

The WHL Office is located in Calgary, Alberta and is responsible to administer all matters related to League operations. Under the direction of the WHL Commissioner, the WHL Office functions include: game supervision, scheduling, League meetings, player drafts, agreements and scholarships, player transactions, finance, marketing, media relations, communications and statistics/results, and WHL Web TV.

“The WHL really developed my brain to get me ready for the next level because in the NHL it is a thinking man’s game.” 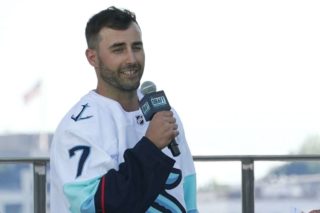 “To remain the world’s premiere Major Junior hockey league by continuing to provide the best player development and education opportunities, while enhancing the entertainment value of the game for our fans.”