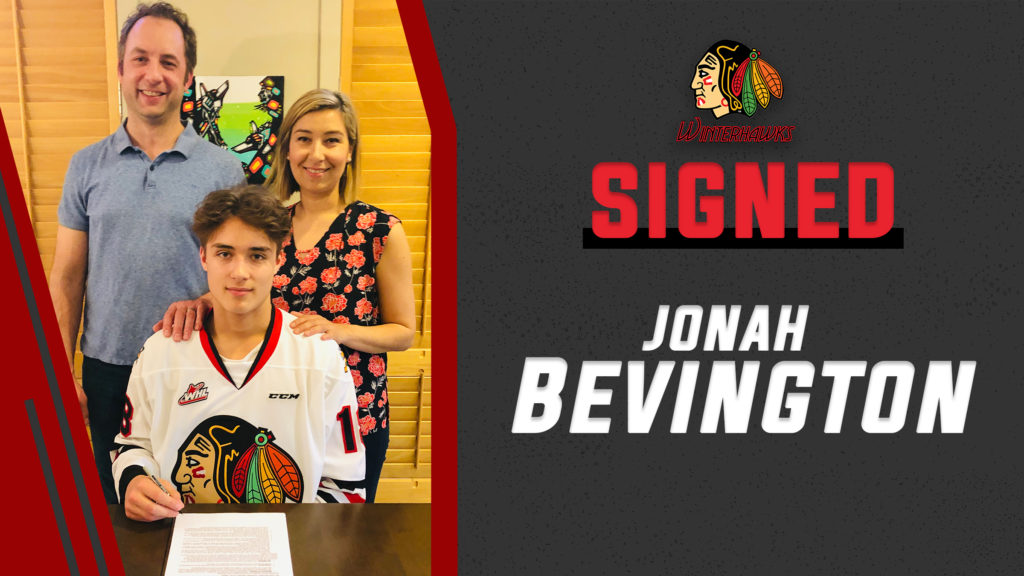 The Portland Winterhawks are pleased to announce the signing of prospect Jonah Bevington. The 2003-born forward recently wrapped up a successful season with the OHA Edmonton Elite 15s in the CSSHL.

“After watching Jonah play this past season, we like his development and are excited that he has chosen to be a part of our program for the next several years.” Vice President, General Manager and Head Coach Mike Johnston said.

Portland drafted the Edmonton, AB resident in the fifth round, 109th overall of the 2018 WHL Bantam Draft. In 29 games this season, Bevington scored 13 goals and 13 assists for 26 points. He also represented the Northwest Territories at the 2019 Canada Winter Games in Red Deer, scoring three goals and four assists in six games.

“Jonah has the speed, size and skill to add to our emerging forward core moving forward,” Winterhawks Director of Scouting and Player Development Mike Coflin added.

Bevington is the fourth player from the Winterhawks 2018 WHL Draft class to sign with Portland.