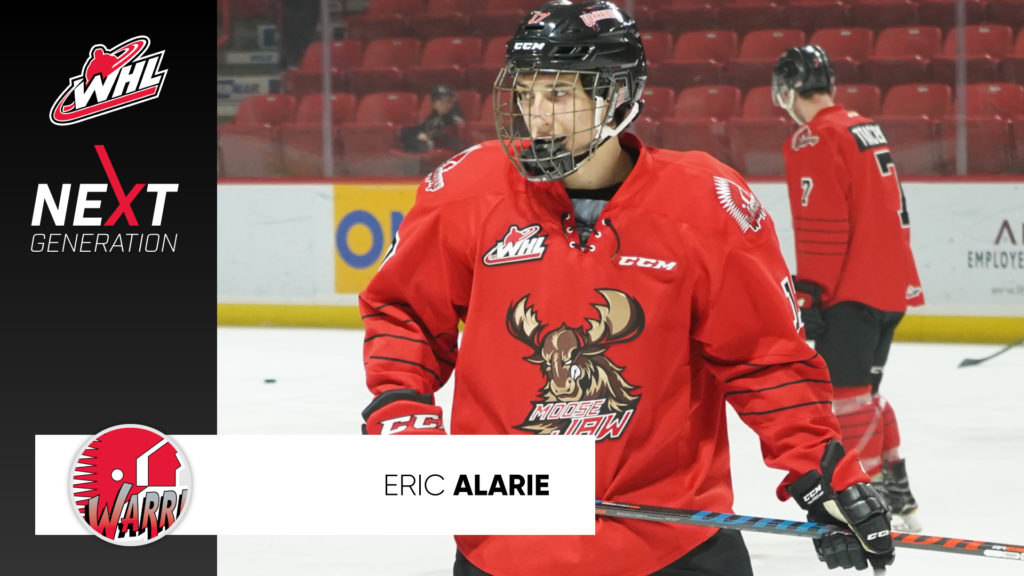 WHL Next Generation is a 22-part series highlighting a handful of the future stars of the Western Hockey League. From first-round bantam draft picks to later-blooming selections, get to know the names of players set to establish themselves as the newest crop of exciting talent to grace the WHL. From August 1 through August 31, get the inside scoop on the incoming rookie class of 2019-20.

Lately, in the hockey world, there has been an emphasis on the importance of skating and skill over the traditional size and strength. That’s not to say you can’t build a team or player without the former or the latter, nonetheless, the attention has shifted.

But, for Moose Jaw Warriors’ forward, Eric Alarie, he’s ready to bring the traditional sense of size and strength back to the game.

“I’m a big guy so I like to battle and be physical down low,” Alarie said. “I try to get the puck to my wingers and make plays in the corners. 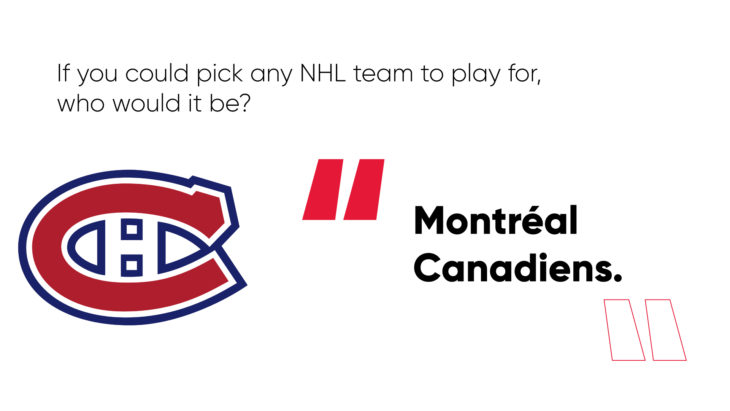 He keeps his game simple, works hard and is comfortable being the centreman who gets the pass out, earning more assists than goals. After playing with the Canadian Sport School Hockey League’s (CSSHL) Rink Hockey Academy Prep team, Alarie recorded 46 points (17G-29A) in 27 games, finishing within the top 25 scorers in the league.

“I like to model my game after Draisaitl because he’s a big guy that can skate, pass and score,” Alarie said.

With the talk of assists, it’s not to down-play Alarie’s ability to score either as he tied for first on his team with 17 goals in 27 games, against his 30-plus game teammates. Although Alarie did find success in his first season of midget with the Rink, there were challenges he had to step up to.

“The pace of the game is a lot faster playing against guys one-to-two years older in midget that are stronger and faster than me,” the 6-foot-1, 180-pound forward said. “But I know that speed and power difference will help me transition to the WHL.” 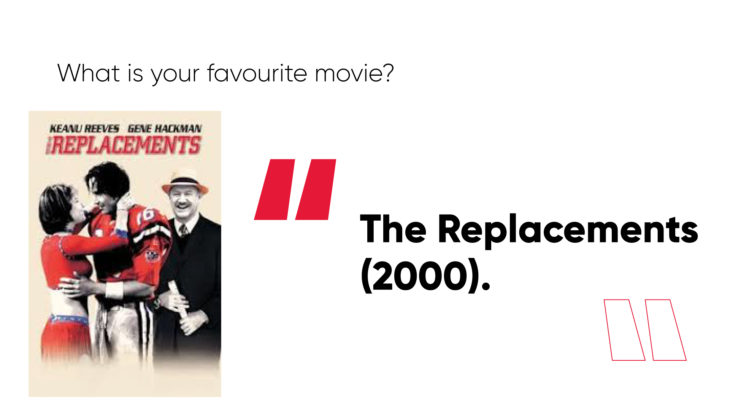 The Warriors also felt that Alarie was ready for the transition to the WHL, adding him to the roster for two regular-season and four playoff games this past year.

“It was an awesome feeling to play in my first WHL game,” Alarie said. “With all the hard work that I’ve put into my game over the past few years, it was really rewarding to play in the WHL,  a league I wanted to play in for so many years. It was an amazing feeling.”

The Winnipeg, Man. native fit in well during his first few WHL games and in his first taste of WHL Playoff action, even scored a goal for the Warriors.

“It really helped me get a taste for what the style and speed of the WHL is like,” Alarie said. “It was much faster than I was used to, but I kept it simple and as a 16-year-old I’m going to stick to that, don’t try and do anything flashy – just play my game.”

Returning to the simplicity of his game is something Alarie tries to do on a regular basis, but particularly when thinking about the Warriors’ training camp in August.

“I know what I can do so I just want to show the team that I’m a good player and I can help next season,” Alarie said.

It’s simple, but yet such an important ideology to remember as a 16-year-old who should be ready to embrace the learning and opportunity of a rookie season in the WHL.