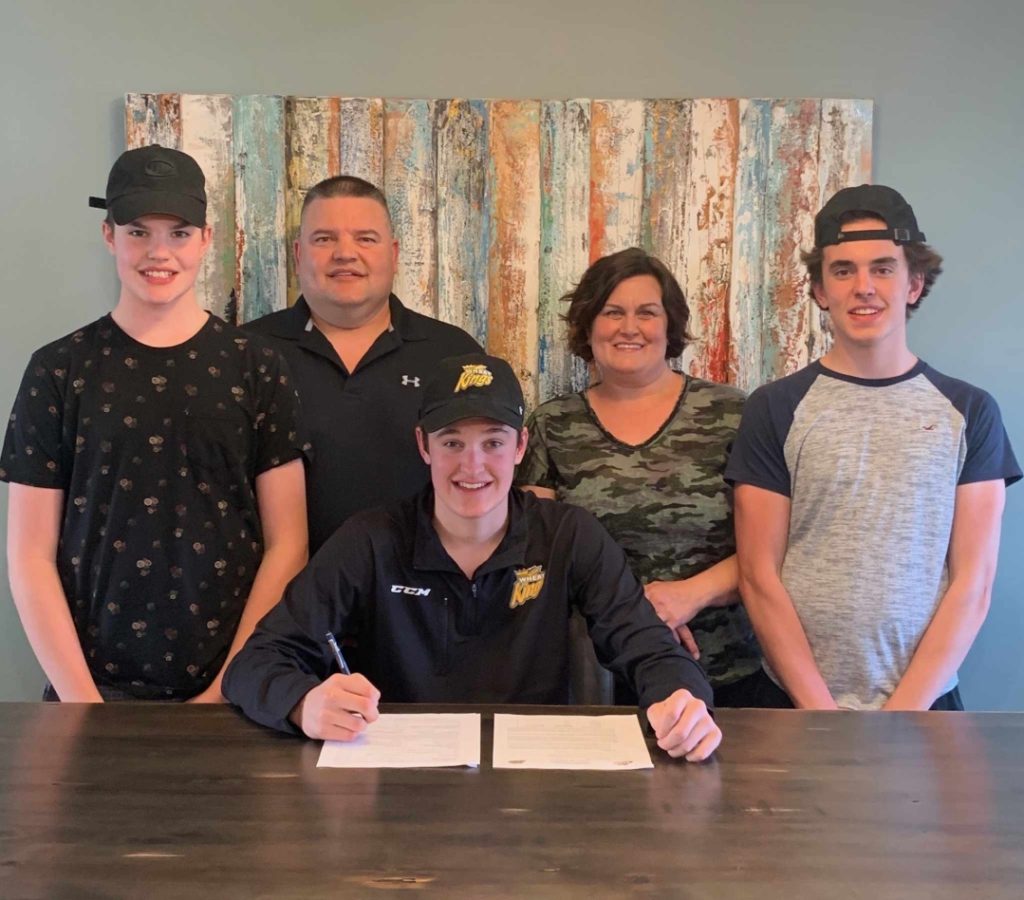 Brandon, MB – The Brandon Wheat Kings are excited to announce that Trae Johnson of Martensville, Saskatchewan has signed a Western Hockey League Standard Player Agreement with their hockey club.

Johnson was the 35th overall pick in the 2020 Western League Bantam Draft on April 22, taken in the second round by the Wheat Kings. Brandon selected 11 prospects in the draft and Johnson is the second to sign an agreement.

“I’m honoured and really excited to sign with the Brandon Wheat Kings”, says Johnson. “It’s special becoming a part of such a great team. There’s lots more work to do but it’s just awesome to be a part of this organization.

I have to thank my parents obviously, for everything they’ve done. Getting me to the rink, paying for everything, taking a lot of time out of their lives. And my brothers, they’re always a big part of pushing me and being so supportive, and the rest of my family, teammates, coaches and trainers.”

Born May 03, 2005, this was the 15-year old’s second season playing for his hometown Marauders. Johnson says in order to one day skate in the Western Hockey League, he knows it will take work.

“I just need to keep improving everything in my game. Every time you move up a level in hockey, the game gets faster and stronger”.

“Trae is a skilled, competitive player that we look forward to adding to our lineup in the future. He plays with pace and is a leader on his team. We’re excited to welcome Trae and his family to the organization”.