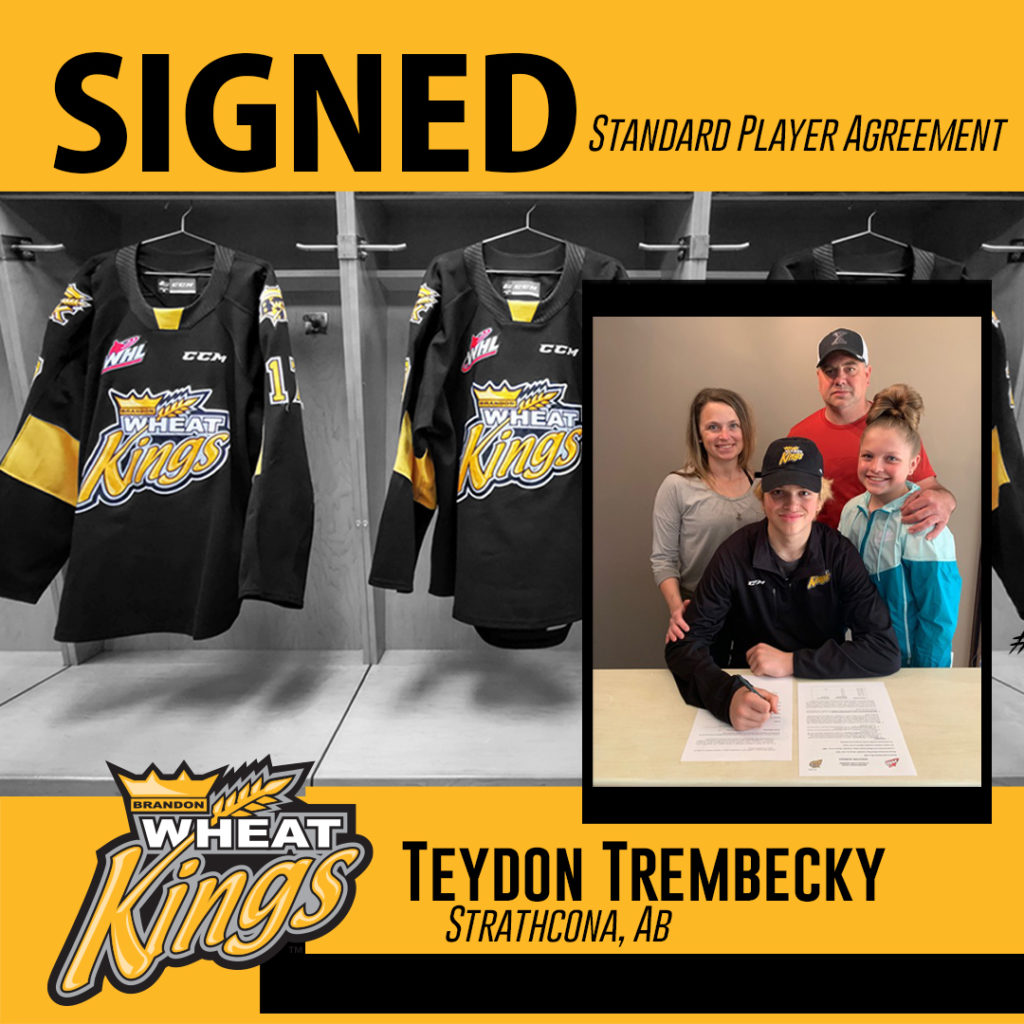 The Brandon Wheat Kings are excited to announce their third round, 57th overall selection in the 2020 WHL Bantam Draft, Teydon Trembecky of Strathcona, Alberta, has signed a Western Hockey League Standard Player Agreement with the hockey club.

A 5’8”, 140 lbs. forward with the Northern Alberta Xtreme Bantam team last season, Trembecky is one of 11 prospects selected by Brandon on April 22. He is the third player from this year’s draft to sign an agreement with the Wheat Kings.

“It’s so awesome”, says Trembecky. “Just to get everything signed and done with and to now be a part of such a great organization. The WHL has always been a dream of mine and I know I’m not done yet, I still have lots of work to do, but I feel like I’m getting closer and closer to the dream that I’ve had”.

When asked who has been important in helping him make it to this goal of his, Trembecky is quick to credit those closest to him.

“My family. They do everything for me, they get me to and from the rink whenever I need and all the rest. Past coaches, teammates, friends, everybody. I can’t thank them enough for getting me to where I  am”.

Doug Gasper, Assistant General Manager of the Wheat Kings, says Trembecky stood out in the 2019-2020 season.

“Teydon was a player that really took off in the second half last season. He gives you 60 minutes of effort every night and plays a full 200 foot game. He plays in the tough areas and thinks the game very well. We really like the complete game he brings. Teydon has good puck skills and contributes on the scoresheet”.

Born May 28, 2005, Trembecky had the second-most points on his team this season with 44 (22G-22A) and 18 penalty minutes in 30 games played. The Xtreme finished with the fourth-best record in the Canadian Sports School Bantam Hockey League going 19-5-3-3 on the season.

WHL commits to season for WHL players
2 weeks ago