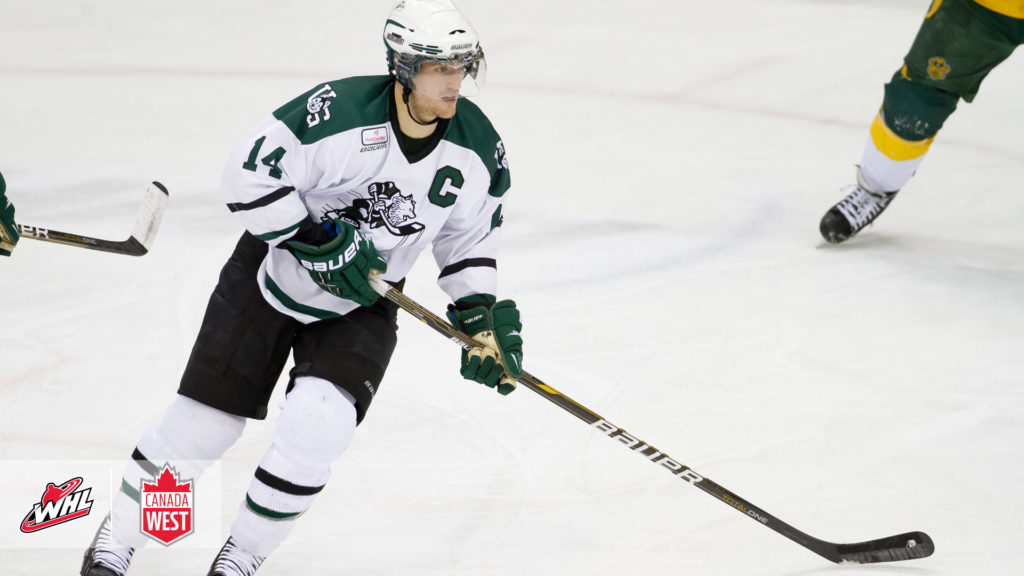 Through 288 games in the Western Hockey League and another 138 at the Canada West level over the span of a decade, there’s no doubt that the game of hockey flows through Kyle Ross’ blood.

Even though his time on the ice in both leagues have come and gone, the memories and benefits are still shining through to this day.

“There’s a ton of skills that you learn quickly in your experiences in the WHL and translate into any job,” said the Barrister & Solicitor with Felesky Flynn LLP.

“Time management, being held accountable, making sure you take responsibility for your roles in a larger organization. It’s definitely an advantage and translates outside of hockey.”

The Regina, Sask. product was originally a second-round selection of the Red Deer Rebels in the 2001 WHL Bantam Draft, but after 50 games with the Central Division club, the opportunity to return to his home province called him as he was acquired by the Regina Pats. Ross would go on to spend the next three-and-a-half seasons with his hometown club, finishing his WHL career with an impressive 185 points (57G-128A).

These days though, Ross’ focus lies with tax law. Certainly a different pathway to take, Ross is just as happy to be where he’s at. Pursuing his hockey passion through the WHL afforded Ross the opportunity to continue playing at the Canada West level through the use of his WHL Scholarship.

As it would turn out, it’d be where he’d ultimately find his next passion in life.

“I made the call based on my interests,” noted Ross. “I was interested in the business world and saw a law degree as a useful degree.

“I wasn’t 100 per cent sure what career path that would lead me down, but I thought it was a good degree to get to keep doors open.”

As Ross pursued his professional passion, he also got the chance to be a part of something special on the ice as well. The 2011-12 Canada West season was Ross’ fifth and final year and the Saskatchewan Huskies put together a strong 19-6-3 record in the regular season.

Individually, Ross would be a key component of that success, posting 33 points (16G-17A), tied for third in conference scoring. He’d go on to add 10 points (3G-7A) in eight playoff games as the Huskies rolled through Lethbridge, Alberta, and Calgary en route to their ninth of 10 Canada West titles in program history.

The memories of that year still occupy Ross’ mind as one of his greatest hockey moments that wouldn’t have been a reality without the strong foundation of the educational package provided.

“It’s main focus when you’re in the league is to try and develop you to be the best player you can,” added Ross of the league. “If you’re chasing that hockey dream, it’s definitely the right place to be.

“At the same time because of that scholarship program, you’re also kind of taking care of the backup plan or the alternative plan, which is the education front.”

As much as Ross has moved on to professional life, the hockey bug hasn’t gone away and neither has his ability to play at a high level. Playing with the powerhouse Lacombe Generals of the Allan Cup Hockey West League, Ross is still pushing near a point-per-game status with six points (4G-2A) in seven games during the regular season, aiding in the team’s playoff run as well.

Ross’ focus has also shifted to passing on his love of the game to the next generation, most notably his four-year-old son, meaning a look into coaching certifications is also in the works for him. From getting a chance to play with his hometown team to raising the Dr. W.G. Hardy Trophy, there’s no doubt that Ross’ utilization of the WHL Scholarship aided him not only in the classroom, but life as well.