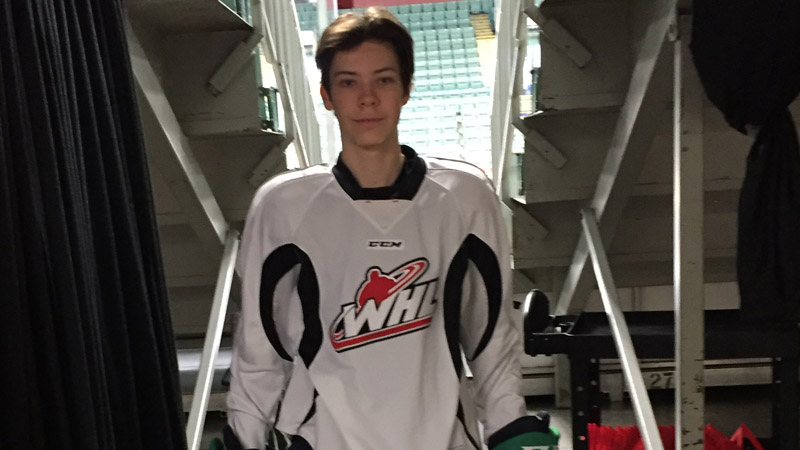 Myatovic selected by T-Birds in the 2019 Bantam Draft

“We were very happy with what we saw of Nico in recent viewings,” said La Forge. “I like the way that his game has trended. I am excited to watch his game continue to develop and look forward to seeing him in a T-Birds jersey in the future.”

The T-Birds are in Prince George for games tonight and tomorrow at CN Centre. Myatovic, who is from Prince George, took part in the T-Birds morning skate in advance of the game tonight against the Cougars.

“I feel awesome,” said Myatovic “It’s a place I see myself playing in a couple of years. When my name came up on draft day, I was really excited. I thank my family and my coaching staff from the last two seasons on helping me get to this point.”

“It was a good skate today with the team,” continued Myatovic. “I knew some of the guys from training camp and it was good to be around the team.”

Myatovic (pronounced my-AT-uh-vick) was selected by the T-Birds in the sixth round, 119th overall, in the 2019 Bantam Draft. He is currently playing with the Cariboo Cougars in the BCMML and has six goals and six assists for 12 points in 29 games.

Myatovic was a member of Team BC at the 2019 WHL Cup. He played in five games at the WHL Cup and had two assists.

By signing a WHL Standard Player Agreement, Myatovic is guaranteed a WHL Scholarship for every year he plays in the WHL. A player is able to attend any career enhancing institution of his choice, including universities, colleges, technical institutes, trade schools, or any other institution which will help the player achieve his academic and career goals.

For each season played in the WHL, a player receives a one-year post-secondary scholarship, which includes: Tuition, Compulsory Fees and Required Textbooks.

The WHL provides the top young hockey talent in western Canada and the United States with the opportunity to develop their skills on the ice at the highest possible level, without compromising their academic goals. The WHL is committed to recognizing academic excellence.

Single game tickets are on sale online on the T-Birds website and at the accesso ShoWare Center box office. 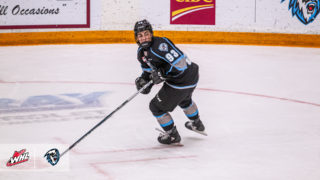