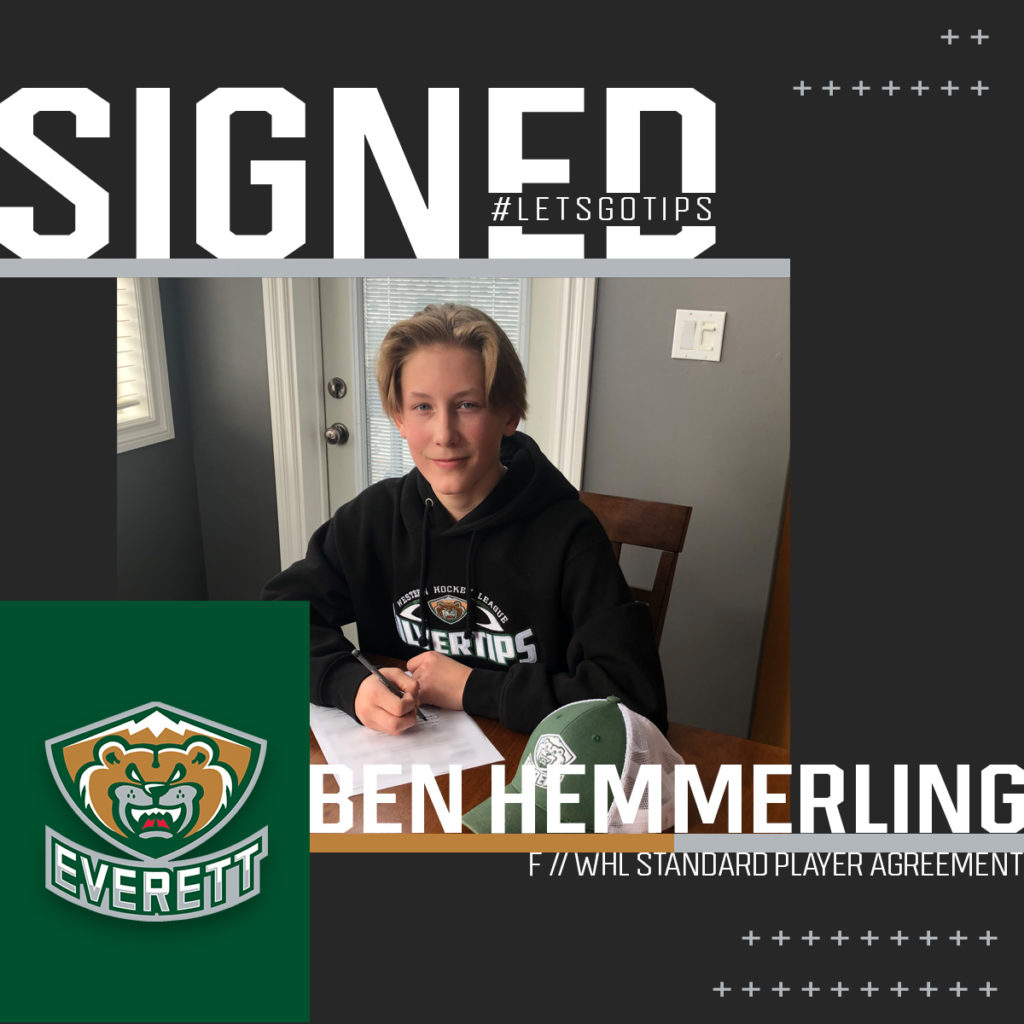 Silvertips Sign Forward Prospect and Their First Selection of the 2019 WHL Draft, Ben Hemmerling to a WHL Standard Player Agreement

EVERETT, WA – The Everett Silvertips, seven time U.S. Division champions of the Western Hockey League, and general manager Garry Davidson announced today that prospect forward Ben Hemmerling has signed a WHL standard player agreement with the Silvertips. By signing a WHL Standard Player Agreement, Hemmerling is guaranteed a WHL Scholarship for every year he plays in the WHL.

“Ben is a very exciting, young player who has the capabilities to mold himself as a very exciting Silvertip to watch for years to come,” said Davidson. “He possesses head, hands, feet, and work ethic that will allow him to play a very skilled and high tempo game with the opportunity to drive a lot of the offense. It’s a proud day for our organization to receive his commitment to the Silvertips and the Western Hockey League, and we look forward to his contributions.”

Hemmerling, a 2004-born forward, was the first Silvertips selection in the 2019 WHL Draft, third round (49th overall). This season, he led the Northern Alberta Elite 15s (CSSHL Elite-15) program and ranked third in points (63), led the club and ranked third in assists (44) and scored 19 goals in 34 games.

The Sherwood Park, Alberta native ripped off points in his first eight games of the season – all multi point games – and ended on a seven game point streak. His season high five point game (all assists) came on Nov. 30 and he earned 21 multi point games, four multi goal games, and a hat trick this season.

“If we can use the phrase, the ’Silvertip way,’ Ben’s style of play is extremely compatible,” said Silvertips head scout Mike Fraser. “He’s smart, can read and react, is extremely quick, dynamic, and makes great plays with the puck. His abilities, upside, and the way he competes on both ends of the ice remind me of Brayden Point at the same age. He’s got the tools to make a huge impact and excite our fans night after night.”

Hemmerling suited up for Team Blue at the 2018-19 Alberta Cup, the annual tournament producing notable alumni such as Jordan Eberle, Brayden Point, Jake DeBrusk and Devan Dubnyk, and he earned three assists in five tournament games.

Let's roll tape on Ben Hemmerling, shall we? 🔥 #LetsGoTips pic.twitter.com/XgNPhUhezf 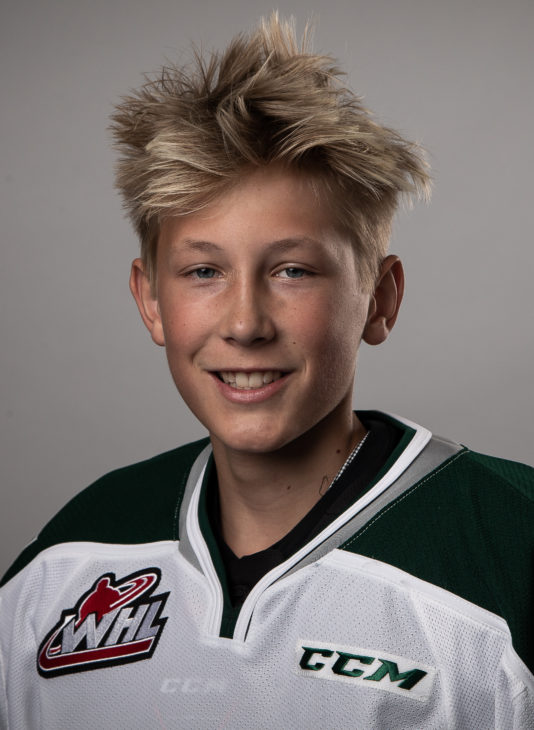 “It’s awesome to take advantage of an opportunity like this to become a part of the Everett Silvertips, a great organization I’m proud to be a part of,” said Hemmerling. “The program has proven time after time of developing future professional talent, and plays in the best development league in the world. I want to thank my coaches Brayden Toma, Tyrell Spitzer, and Matt Tassone, my teammates, and family for helping make this day possible. I’m looking forward to bringing a relentless compete level at both ends of the ice, and abilities to help generate offense. Seeing a few games in downtown Everett this season, it made me excited to play in front an incredible fan base. I can’t wait to get started and get to work.”

Last season, he led the Northern Alberta Bantam Prep program in assists (42) while ranking second on the team with 53 points (11g-42a) in 30 games. Hemmerling additionally tallied seven points (2g-5a) in five playoff games, ranking third among the team in postseason points and tied the team’s lead in playoff assists.

ABOUT THE WHL SCHOLARSHIP PROGRAM
A player signed to a WHL standard player agreement is able to attend any career enhancing institution of his choice, including universities, colleges, technical institutes, trade schools, or any other institution which will help the player achieve his academic and career goals. For each season played in the WHL, a player receives a one-year post-secondary scholarship, which includes: Tuition, Compulsory Fees and Required Textbooks. The WHL provides the top young hockey talent in the United States and western Canada with the opportunity to develop their skills on the ice at the highest possible level, without compromising their academic goals. The WHL is committed to recognizing academic excellence.