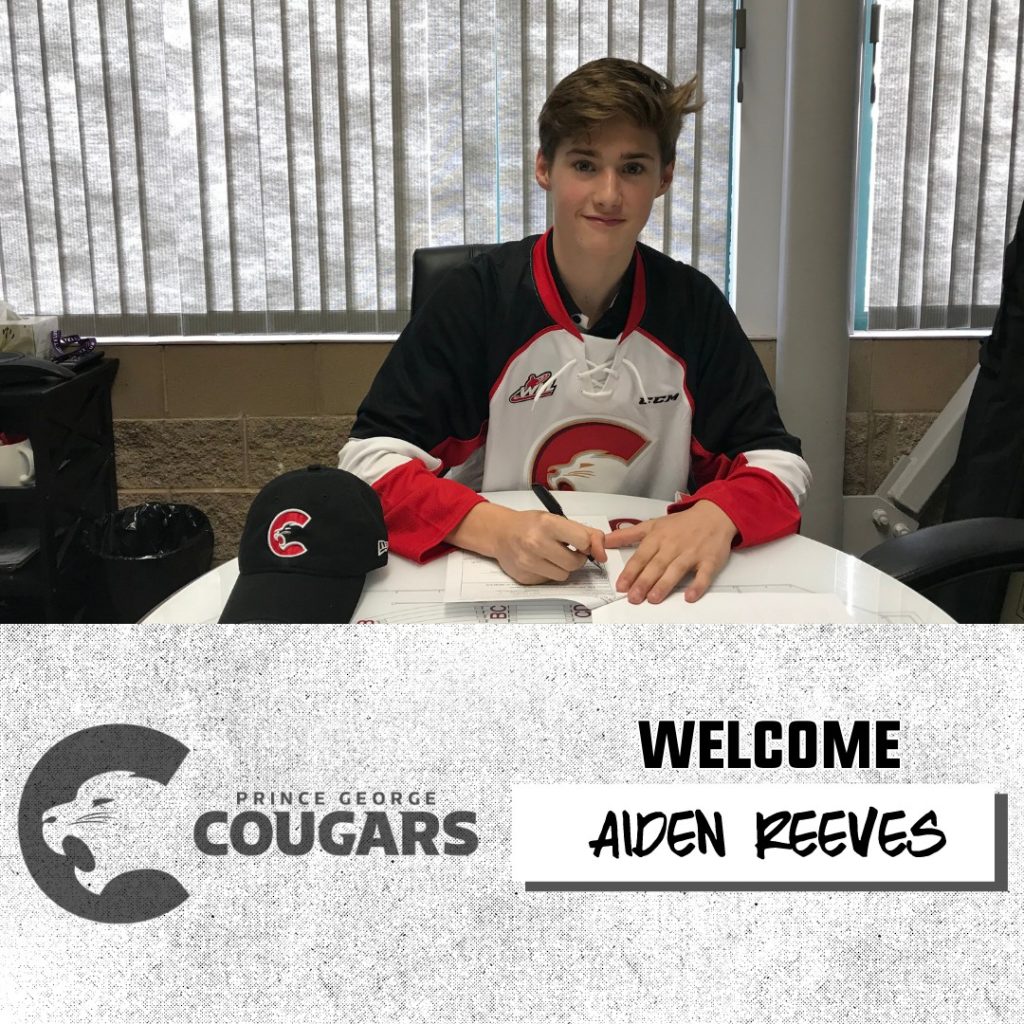 Reeves was a free agent signing who was added to the Cougars’ 50-man Protected List prior to Training Camp.

The rearguard played last season with the Okanagan Rockets in the B.C. Major Midget League. In 28 regular season games with the Rockets, Reeves had 22 points (5g, 17a) to go along with 14 penalty-minutes. He was the Rockets’ second-highest scoring defenceman. Prior to last season, Reeves played for his hometown Midget Tier 1 Cougars and helped them to a second-place finish at the 2018 B.C. Provincial Championship in Fort St. John, B.C. 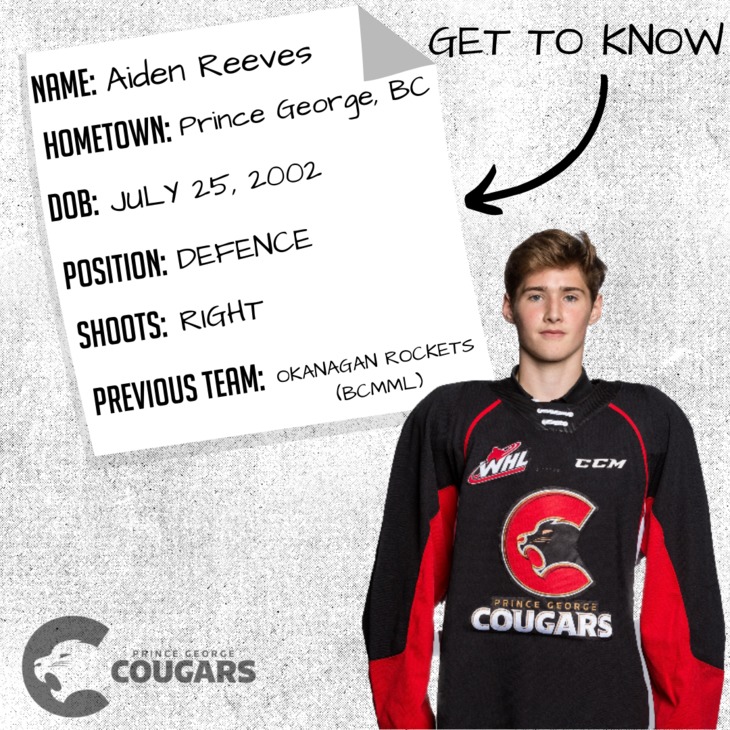 “Aiden is a local player that stood out at the Cariboo Cougars’ camp last month,” said Cougars’ General Manager & Head Coach Mark Lamb. “He has grown a lot as a player since last season and he made an impression on our hockey staff at our Training Camp, earning himself a contract.”