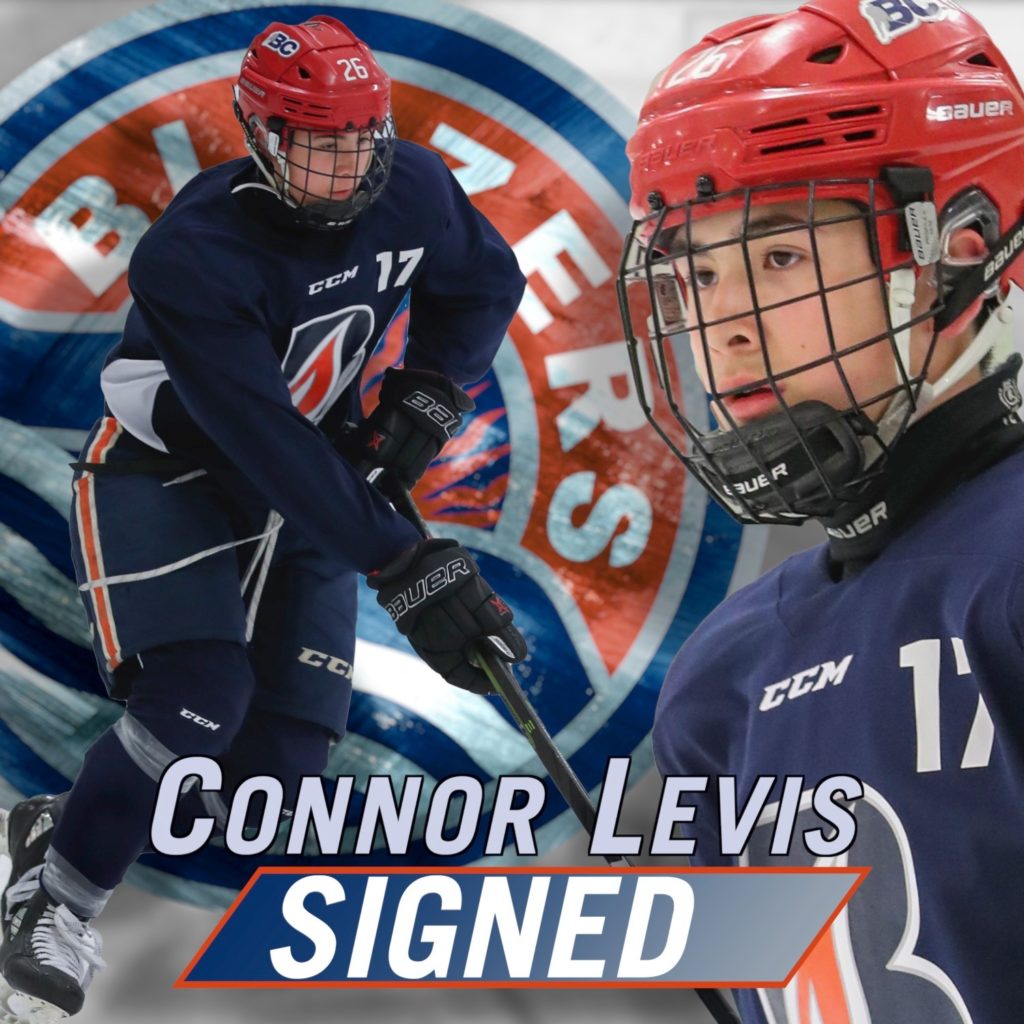 Kamloops, BC – General Manager, Matt Bardsley announced today that the hockey club has signed forward Connor Levis to a standard WHL player agreement. Levis was selected by the Blazers in the first round, 20th overall in the 2019 WHL Bantam Draft 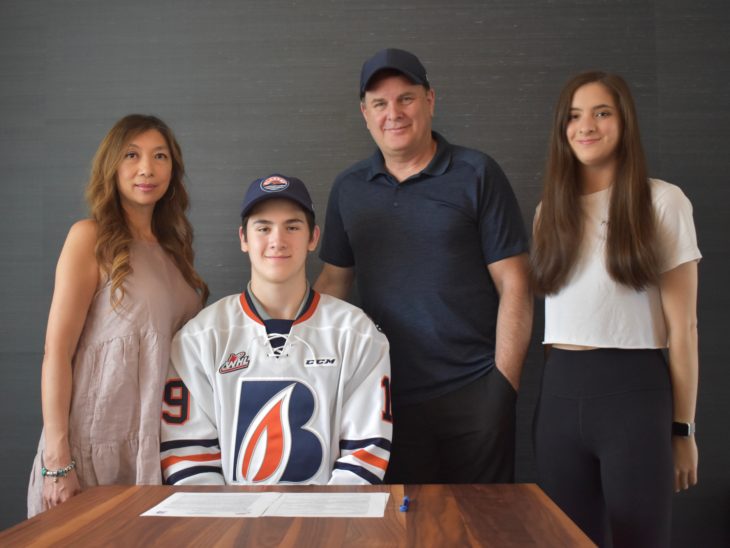 “We are extremely excited that Connor along with his family have committed to play in the Western Hockey League for the Kamloops Blazers,” said Bardsley. “Connor has an impressive skill set, combined with an excellent skating ability and sense for the game. We believe he has all the qualities necessary to be a pro and look forward to helping him maximize his development over the next four seasons.”

“I am honoured and thrilled to join the Kamloops Blazers,” said Connor Levis. “I can’t wait to get to Kamloops, play my first game, and experience the great fans in the amazing Sandman Centre. I would like to thank the Blazers organization for their ongoing support and for welcoming me into their family.  I would also like to thank my coaches and my family for helping me along the way,” concluded Levis. 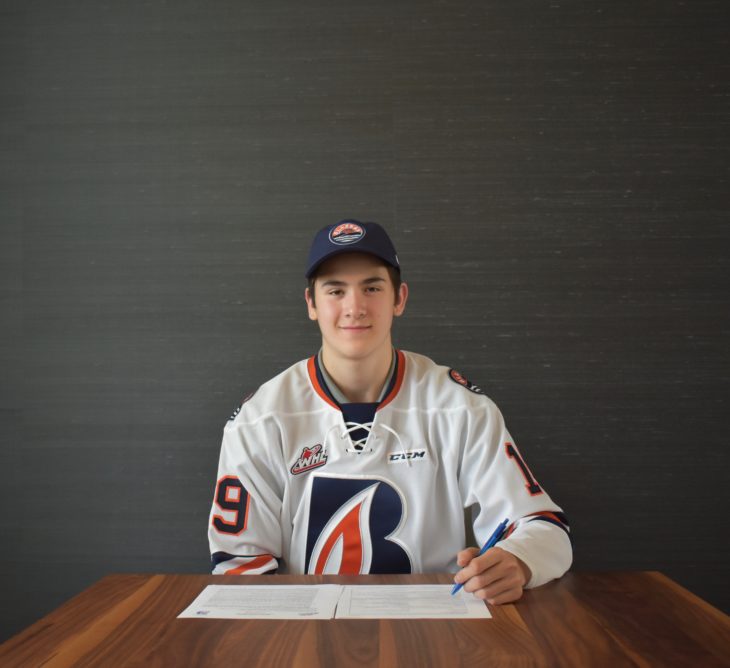 “We recognize that Connor had multiple options to pursue his goal of being a pro and appreciate that he and his family felt strongly that the Blazers organization is the right path for him,” continued Bardsley. “He will join an exciting team for the 2020-2021 season while adding to a very strong group of young players who are committed to the Kamloops Blazers organization.”

The Vancouver, BC native is the fifth player to sign from the 2019 WHL Bantam Draft class. He joins fellow prospects defenseman Mats Lindgren (1st round), goaltender Dylan Ernst (2nd round), forward Tye Spencer (third round) and forward Fraser Minten (4th round) in signing with the hockey club.