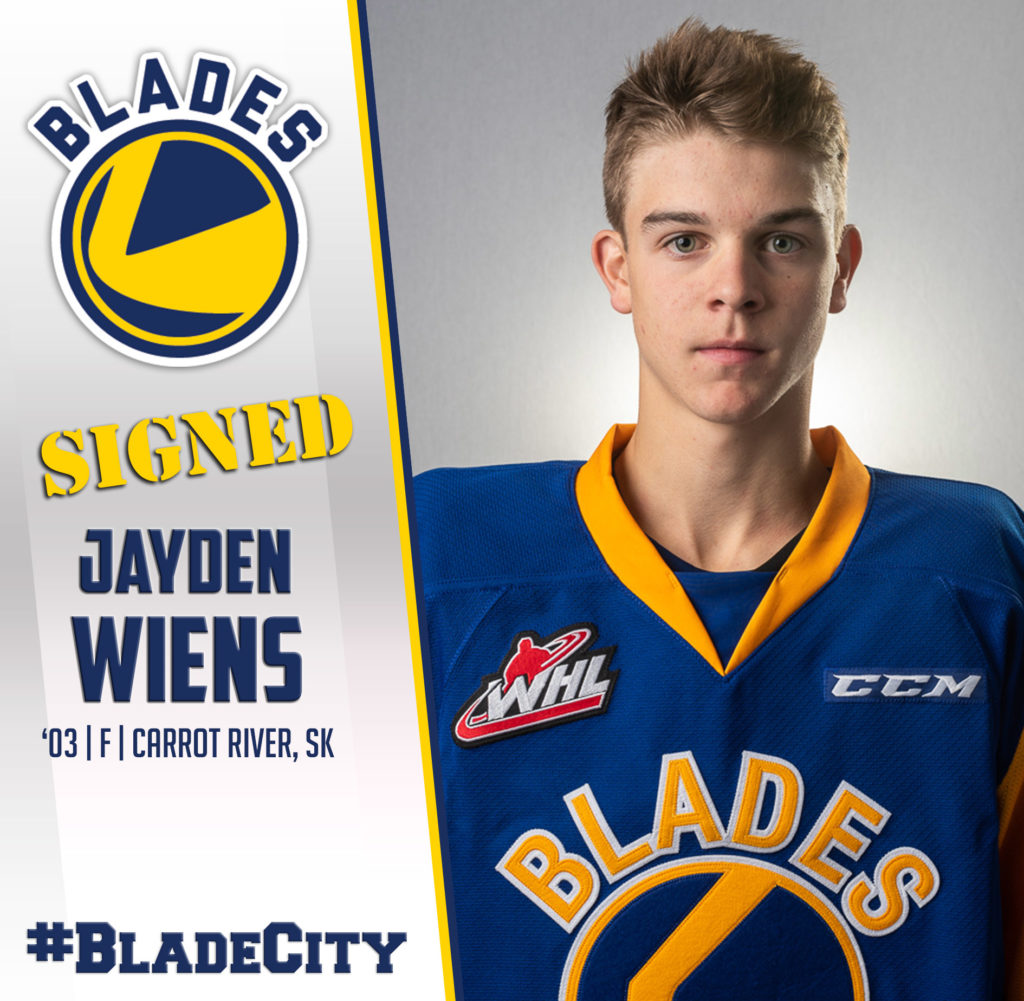 Saskatoon, Sask. — The Saskatoon Blades are pleased to announce the signing of 2003 born forward Jayden Wiens to a Western Hockey League standard player agreement. Wiens, a product of Carrot River, Saskatchewan, was selected 155th overall by the Blades in the 2018 bantam draft.

Wiens appeared in 44 regular season games with the Tisdale Trojans of the Saskatchewan Midget AAA Hockey League during the 2018-19 season, scoring 7 goals and 34 points. He then went on to add another 4 goals and 9 points in seven playoff contests.

“We’re just thrilled with the year Jayden had,” stated Blades’ director of scouting Dan Tencer. “After battling an injury last season, a full year of being healthy really allowed him to flourish. He got better literally every month the season went on, culminating in leading his team in scoring both in the league playoffs and at the Telus Cup.”

Wiens scored 6 goals and added 2 helpers in just 7 games at the prestigious Telus Cup tournament, helping his Tisdale Trojans to a bronze medal.

“For a rookie in Midget AAA that’s a very impressive feat,” continued Tencer. “Jayden possesses a very high end hockey intelligence, good speed, good skill and an ability to impact the game positively in all zones. He’s going to be a very good two-way player for us and his work ethic and desire to improve makes us really excited about what the future will hold.”

Jayden Wiens becomes the sixth player from the Blades’ 2018 draft class to sign a contract (C.Dach, Schneider, Wright, Shugrue, May). The left-shooting forward turns 16-years-old in July and will enter his second training camp in Saskatoon in August; this time as a signed player looking to earn a full time spot on the roster.