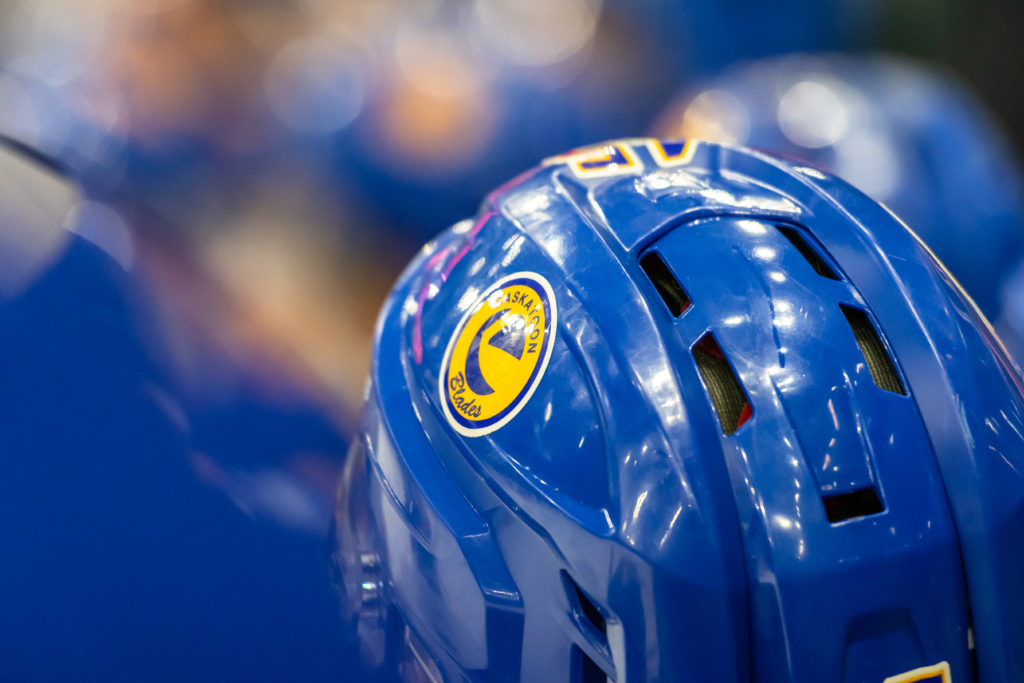 Saskatoon, SK – The Saskatoon Blades are thrilled to announce the signing of 2004-born defenceman Pavel “Pasha” Bocharov to a WHL Standard Player Agreement. The 16-year-old Escondido, CA product is expected to compete for a full-time roster position as a rookie come training camp ahead of the 2020-21 regular season.

“This is a very exciting signing for us and something we’ve been working towards for the last 9 months since we drafted him,” stated general manager Colin Priestner. “We had Pasha ranked as a top-level talent in last year’s draft. Given he was American, we knew it was going to be a bigger challenge to recruit him, but he became very invested in our coaches, our program and what we are building towards and we are very pleased he chose us to continue his journey in hockey.”

Selected by the Blades in the 8th round, 160th overall in the 2019 WHL Bantam Draft, Bocharov is coming off a tremendous campaign playing for the Mount St. Charles Academy U15 Saints in the Northeast PACK league. In 56 regular-season games, the 6’0”, 174 lbs defender scored 13 goals and 22 points, and captained the Saints to a NEPACK U15 championship in February.

“Pasha is a big, powerful defender who takes care of his own end but also has a strong ability to get the puck up the ice and has a very heavy shot,” continued Priestner. “He is a mature young man and was the captain of a very strong team this past year and is someone we are going to be able to build around in the future.”

Prior to his move to Rhode Island, Bocharov played for the Los Angeles Jr. Kings AAA bantam club in 2018-19, scoring 54 points in 53 games. He’s the newest member of the Blades family to have come through the L.A Jr. Kings program, joining 2018 draft pick Spencer Shugrue, along with this week’s U.S. Prospects Draft selections Brenden Fields and Ze’ev Buium.

“The new pipeline to Southern California is becoming quite exciting for us with Pavel joining fellow LA Jr Kings alumnus Spencer Shugrue as signed players,” added Priestner. “We feel like this will continue in the future as well on the backs of high-end California-based prospects like Aiden Celebrini, Brendan Fields and Ze’ev Buium who all reside in that area from the past couple drafts. It’s given us a whole new region to recruit and develop players from.”

The Blades welcome Pasha and his family to the organization and Blade City, and are excited to help take his hockey career to the next level.