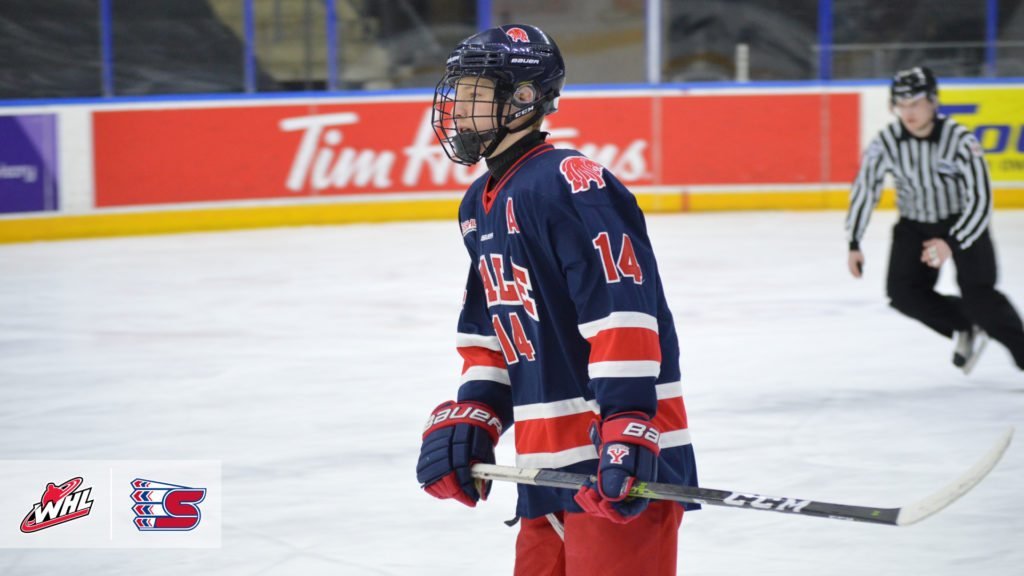 Spokane, Wash. — The Spokane Chiefs announced on Monday that forward Ben Thornton has signed a Western Hockey League Standard Player Agreement and committed to playing for the Chiefs. Thornton was Spokane’s first-round pick in the 2019 WHL Bantam Draft.

“We’d like to officially welcome Ben and the Thornton family to our organization,” said Chiefs general manager Scott Carter. “We are obviously very excited to get this finalized and we look forward to seeing him on the ice in Spokane at training camp later this summer.”

Thornton, who was selected 15th overall in the bantam draft out of Yale Hockey Academy, signed the agreement over the weekend near his hometown of Agassiz, B.C. He is the first player from the Chiefs’ 2019 draft class to sign.

As a 2004-born player, he will be eligible to play for the Chiefs full-time beginning in the 2020-21 regular season.

Ticket packages for the 2019-20 season are on sale now and start as low as $80! Learn more at spokanechiefs.com or at the Chiefs’ Ticket Office at Spokane Arena during regular business office hours, in-person or over the phone at 509-535-PUCK.