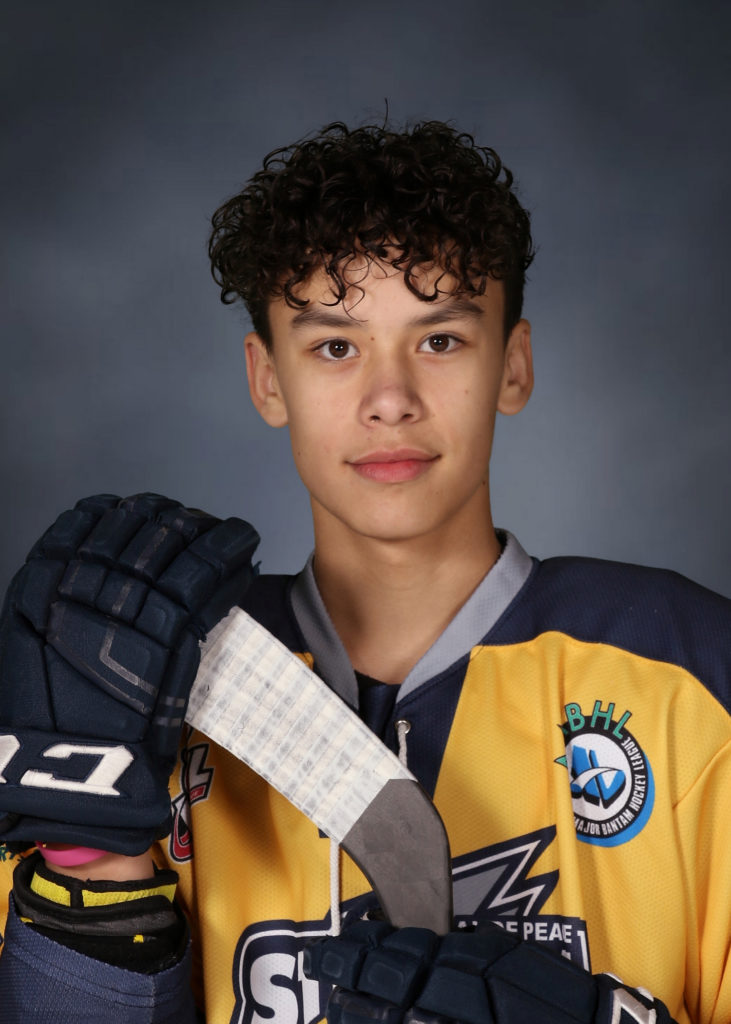 Calgary, Alta – The AMBHL WHL Prospect of the Month for October is Grande Peace Athletic Club Golden Arrow Storm forward Zackary Shantz. Shantz tallied six goals and four assists in six games for 10 points during the month of October. His personal success contributed to the team’s success, seeing GPAC rebound from a one win, one loss and two tie September to a four win, one loss and one tie October improving the clubs overall record to five wins, two losses and three ties on the season.

Shantz has continued his frenzied scoring from last season when he played in the Northern Alberta Bantam Hockey league scoring 23 goals and adding 23 assists in 30 games for 46 points on the campaign. In his first season in the AMBHL that pace hasn’t stopped as he is currently tied for most goals lead 11 and has seven assists for 18 points in 10 games.

GPAC has already tied its win total from last year and will be leaning on Shantz throughout the season to continue to be a driver on offence for the Golden Arrow Storm. For more information including game schedules, scores and stats head to www.ambhl.ab.ca.